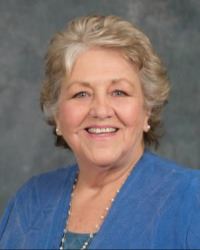 Molly was elected to the Washougal city council in 2005 and served for 6 years. During that time, she earned an Advanced Certificate of Municipal Leadership from AWC. She represented East Clark County for 3 years on the Regional Transportation Council board of directors, chairing that board in 2010. After a few years away from City government, Molly was elected as Mayor of Washougal in November 2017, assuming office on January 1, 2018, for a term of four years. The passage of Proposition 8 in November 2018 changed our form of government to Council/City Manager. Upon the effective date of the change in late November 2018, Molly’s role as “Executive” Mayor ended and she became a member of Council, and Council appointed Molly to continue to serve as Mayor, in the new “legislative” Mayoral role. In November 2021, Molly was elected to fill the remaining unexpired term of Council Position 5. Her term will expire on December 31, 2023.

Molly has been an active Rotarian for 19 years in the Camas-Washougal Rotary Club, has been active in every WSD levy/bond in the Citizens for Better Schools PAC, and served on the board of the Columbia Gorge Refuge Stewards.