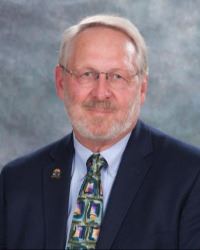 Paul moved to Washougal in 2000. He graduated from Culver Military Academy and studied Economics, Mechanical Engineering, and American History at MIT. A self-described "nerd," and "wonk," he enjoys "… putting my butt in a chair and learning stuff …" so he goes to lots of trainings and conventions to bring back knowledge, and has completed the Association of WA Cities Advanced Certificate of Municipal Leadership, WA Department of Commerce NW Economic Development Training Course, and the Coalition of Anti-Drug Communities of America Mid-Year Training Institute (3x), among others.

Paul Greenlee was appointed to City Council April 2007, and elected in 2007, 2009, 2013 and 2017. Paul currently serves on Council Committees for Finance, Community Development, Public Works, and Wellness. He represents Washougal and Camas on the Regional Transportation Council, and Southwest Washington Cities on the Lower Columbia River Fish Recovery Board, and serves as Council liaison to the Washougal School District, and Washougal Downtown Association. He also serves as alternate to C-TRAN and CREDC.