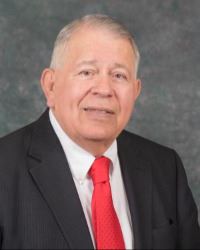 Ernie Suggs and his wife Pat of more then 50 years have lived in Washougal since 1976. They have raised 6 lovely daughters and have 17 grandchildren. All their daughters attended Washougal schools. He loves the Washougal community and has enjoyed the opportunity to raise his family here. He looks forward to serving the people of Washougal.

Ernie has a Bachelor’s Degree in Teaching and Masters in Education Administration from Brigham Young University. Suggs was the Community Education Director for Camas School District for 32 years where was responsible for district facility rentals and he ran a program that provided classes, activities, and special events for the community. He started a number of different initiatives including the first before and after school program in the county, the first youth basketball program for the Camas/Washougal area and brought the Supplemental Nutrition Assistance Program (SNAP) program to the community. Ernie also received a state award for the Family Film Series that led to the rejuvenation of the Liberty Theater.

An active volunteer in the community, Ernie has been involved with Boy Scouts, the Back Pack Program at Hathaway Elementary, and Two Rivers Heritage Museum. He also co-founded the Washougal Schools Foundation where his is still a board member. Additionally, Ernie coached football and was a track starter for 15 years.

As a Washougal City Council Member appointed April 23, 2018 and elected for a four year term in November 2019. Ernie serves on a variety of board and commissions.