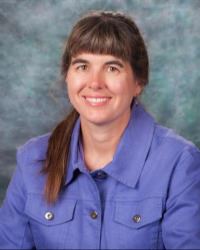 Michelle Wagner was appointed to the City Council July 14, 2014. She was re-elected November 2015 and again in November 2019 for a four year term. Michelle has been a Washougal resident since 2010. She is a graduate of the United States Air Force Academy, and holds an Master of Business Administration (M.B.A.) from Western New England University.

Michelle spent the majority of her career as an active duty and reserve Air Force C-130 and C-5 military pilot, with missions to the middle east, Kosovo, and worldwide. She retired in 2019 after 28 years of service. Currently, she serves as an Admission Liaison Officer (ALO) for the U.S. Air Force Academy, as a retired Lieutenant Colonel.

Michelle serves on a variety of city boards and commissions. She is committed to local issues involving community development, focusing on projects that will improve the quality of life, and maintain a high level of community services for Washougal residents.